Congratulations to Shane Ray on his first NFL touchdown on Sunday! We were excited to hear about his continuing success on the field and off on CBS Denver's XML coverage last night – hear about why he supports the American Diabetes Association! 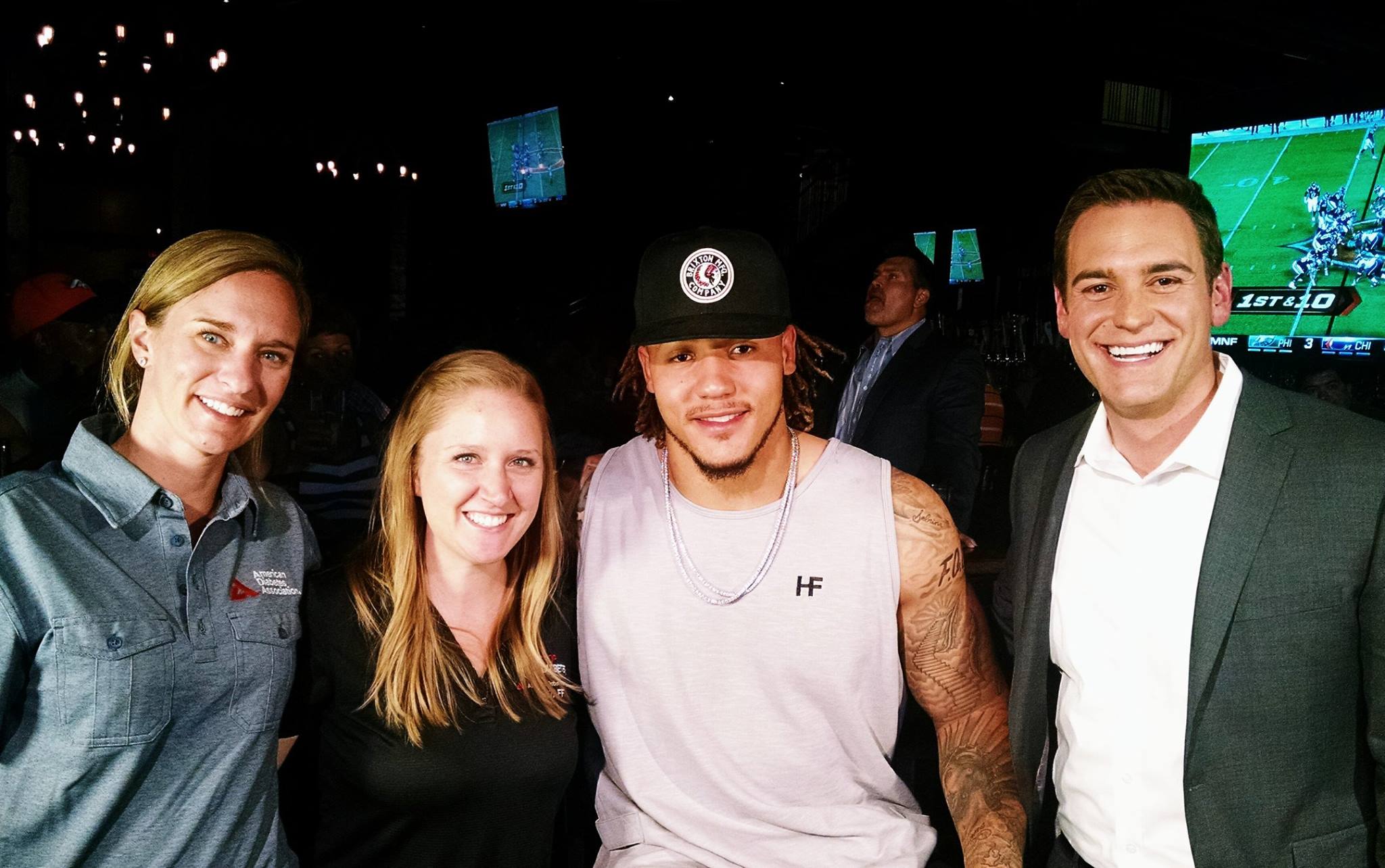 DENVER (CBS4) – Broncos linebacker Shane Ray has teamed up with Cheerful Giving (and the ADA) to present a contest that gives people who donate to the ADA a chance at winning tickets to the Broncos final game of the regular season. Donors of $25 (or more) to the American Diabetes Association was automatically entered into the “The Ultimate Game Day Experience” contest.

The American Diabetes Association (Association) today announced the launch of Team Tackle, an initiative that brings together 45 current, former and upcoming professional football players – representing all 32 professional teams in the country – with the Association to raise awareness of diabetes and prediabetes. Announced at a press conference on Capitol Hill as part of the Association's Capitol Hill Advocacy Day, Team Tackle will champion additional research, fair treatment and total wellness for all people living with diabetes, and provide hope for the millions of individuals and families who are living with diabetes or who are at risk.

"For the past 20 years, diabetes has been America's fastest growing chronic disease. Diabetes touches everyone," said Kevin L. Hagan, CEO for the American Diabetes Association. "Team Tackle illustrates that no matter what team you normally cheer for, we are all together for the win when it comes to tackling diabetes. As public figures and professional athletes, the members of Team Tackle have a unique ability to reach people with diabetes and those who are at risk, and we are thrilled to have them involved in such an important cause."

What motivates Shane Ray to tackle diabetes? His grandfather who had type 2 diabetes. “Watching him suffer from the complication of diabetes is what motivated me to get involved and add my voice to the cause.” Watch Shane Ray's video about Tour and join today! https://youtu.be/ZosFBLVUCRo